In addition to the Guardians series, the Minhwa series is inspired by another aspect of Korean tradition, folk paintings (“Minhwa”) which typically featured birds and flowers as one of the prominent themes. I was also influenced by the funeral tradition of using wooden biers that were richly decorated with vivid colors. The Minhwa series is the intersection of three artistic passions of mine: ceramics, drawing, and folk painting. 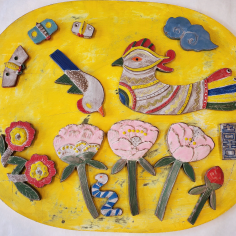 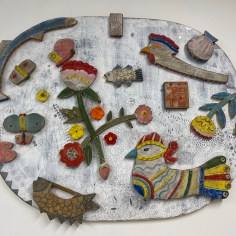 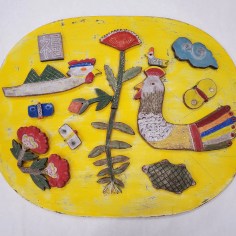 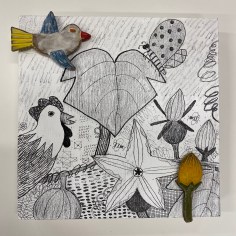 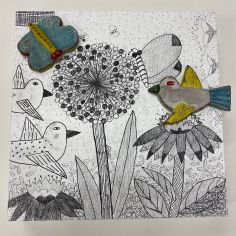 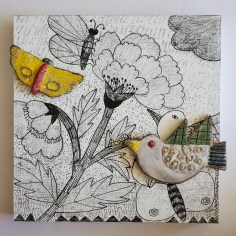 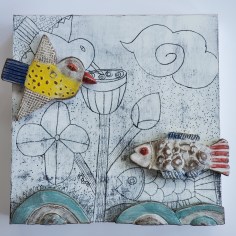 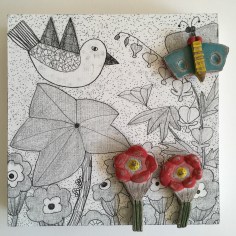 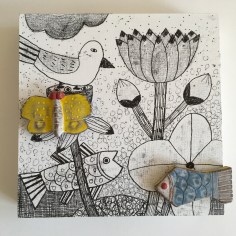